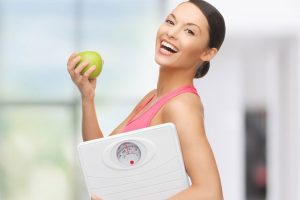 Fat that word that has become disturb the Earth’s population, are clustered in certain parts of the body and settle the problem of the disappearance it becomes difficult and troublesome and tired too.

But this difficulty is completely finished and it has been possible to appear harmonious body and without obesity localized thanks to liposuction Balweser using ultrasonic technology (Weser device).

In fact, liposuction nothing to do with body weight in liposuction Balweser meant to carve textures and highlight the aesthetics of the body by removing fat concentrations and grease from areas such as the abdomen, neck, arms, buttocks, chest, back and Aloordav.
How is liposuction Balweser Is it without surgery:

– In this modern technology are some of the fluid injected with the narcotic substances in the area to melt the fat ones, then several openings on the area of work does not exceed the diameter of these openings half Sntimitr (considered by some without surgery), then is inserted Weser tube to break up the fat without affecting the blood vessels and thus reduce blood loss resulting from the process to the extent possible as well as it works to stimulate collagen, which helps to tighten the skin excellently.
– Are then inserted a tube connected to the suction device to suction the fat that has been crushed and fragment easily superchargers, and Meh process takes two to three hours.
– In the Weser Technology least the level of pain after the operation to the lowest level compared to regular liposuction operations.
– Liposuction technique Weser be using a local anesthetic or halves anesthetic or general anesthetic (General) in some cases, at the discretion of the physician, and depending on the amount of fat fragmented and size of the area where you want to melt the fat.
– The patient must wear a compression belt around the region that have been thawed fat ones for a period not less than one month or 24 days according to what to get the desired results the doctor recommended.